Fresh, well made, craft beer –
Brewed in the heart of Alaska.

HooDoo Brewing Company is the realization of a decade long dream.  Born and raised in Fairbanks, Bobby Wilken first discovered the goodness that is beer while home brewing during college in Montana.

After Bobby’s first batch was bottled up, there was no turning back.  He finished his business degree and went on to brewing school in Chicago and Munich, Germany.  While in Europe, Bobby toured breweries in England, Belgium, Czech Republic and Germany for a closer look at how the world’s best breweries make their delicious beverages. Upon returning to Alaska, he joined the crew at industry pioneer Alaskan Brewing Company in Juneau.  After a couple of years brewing Alaskan’s award winning beers Bobby moved into the laboratory to focus on quality control and recipe development.

Bobby and his wife Jessica returned home to Fairbanks in 2011 to build their brewery. HooDoo Brewing Company is the culmination of a journey into the world of beer, and the brews are a reflection of this journey. 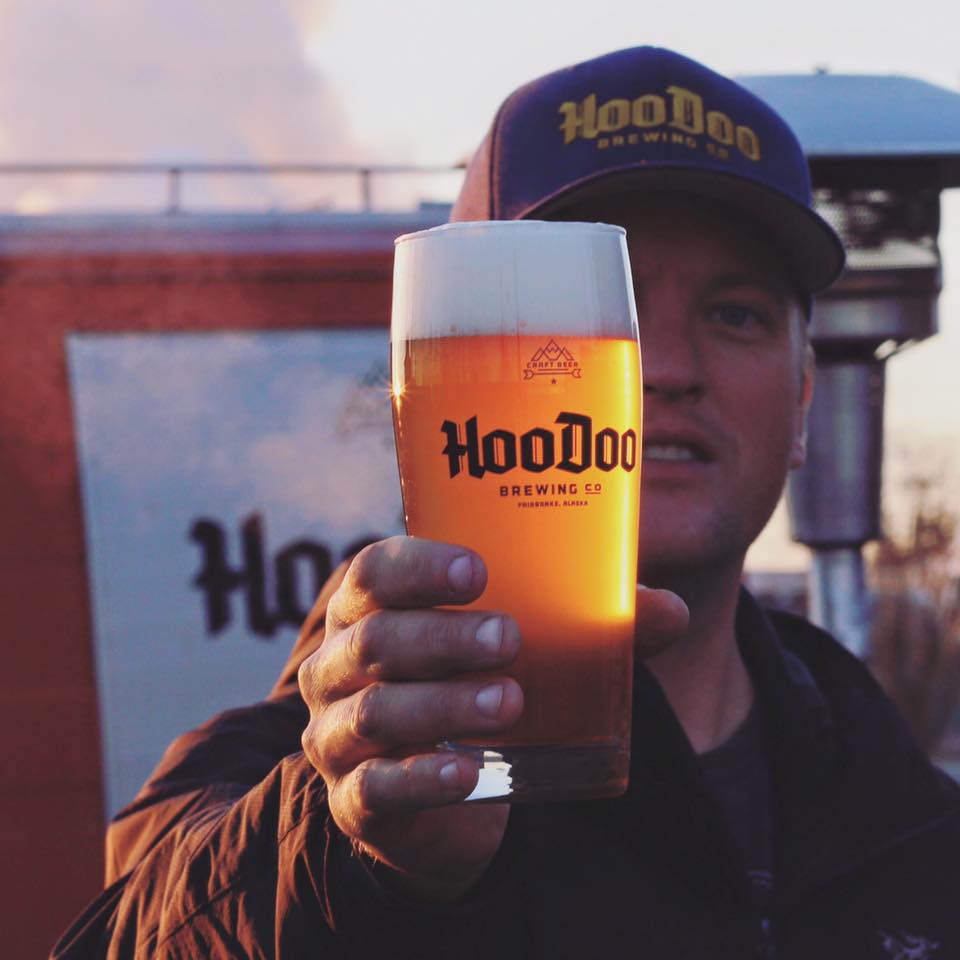 Our Taproom is a great place to enjoy a fresh beer straight from the source. Meet up with friends, and enjoy cold, locally brewed craft beer by the glass. Fill a growler of your favorite brew to take home, or pick up a keg.

HooDoo Brewing Company is located right in the middle of Fairbanks, easily accessible from anywhere in town.  The open layout allows you to come right into the brewery and see our beautiful brewing process first hand while enjoying the fruits of our labor. 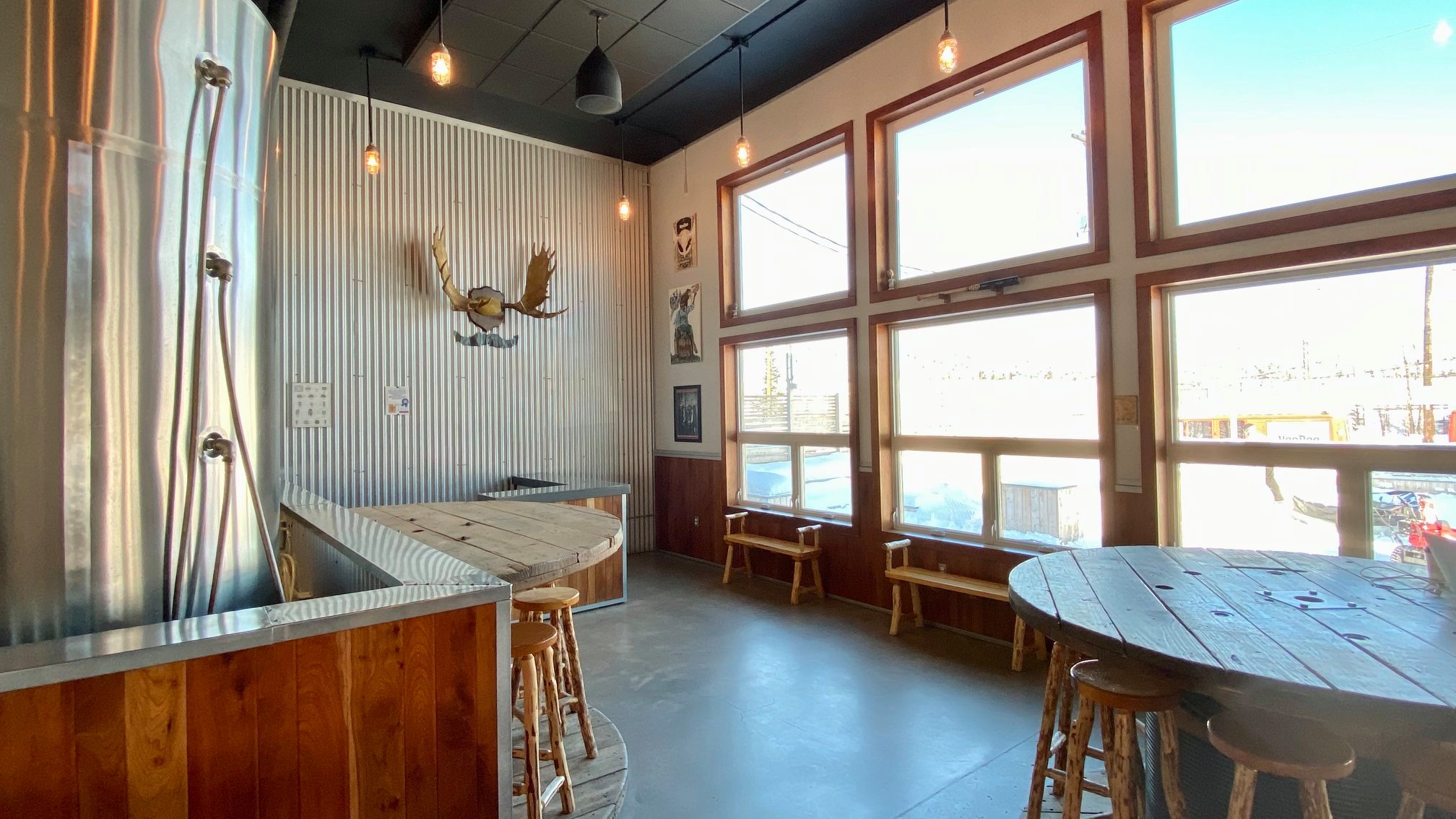 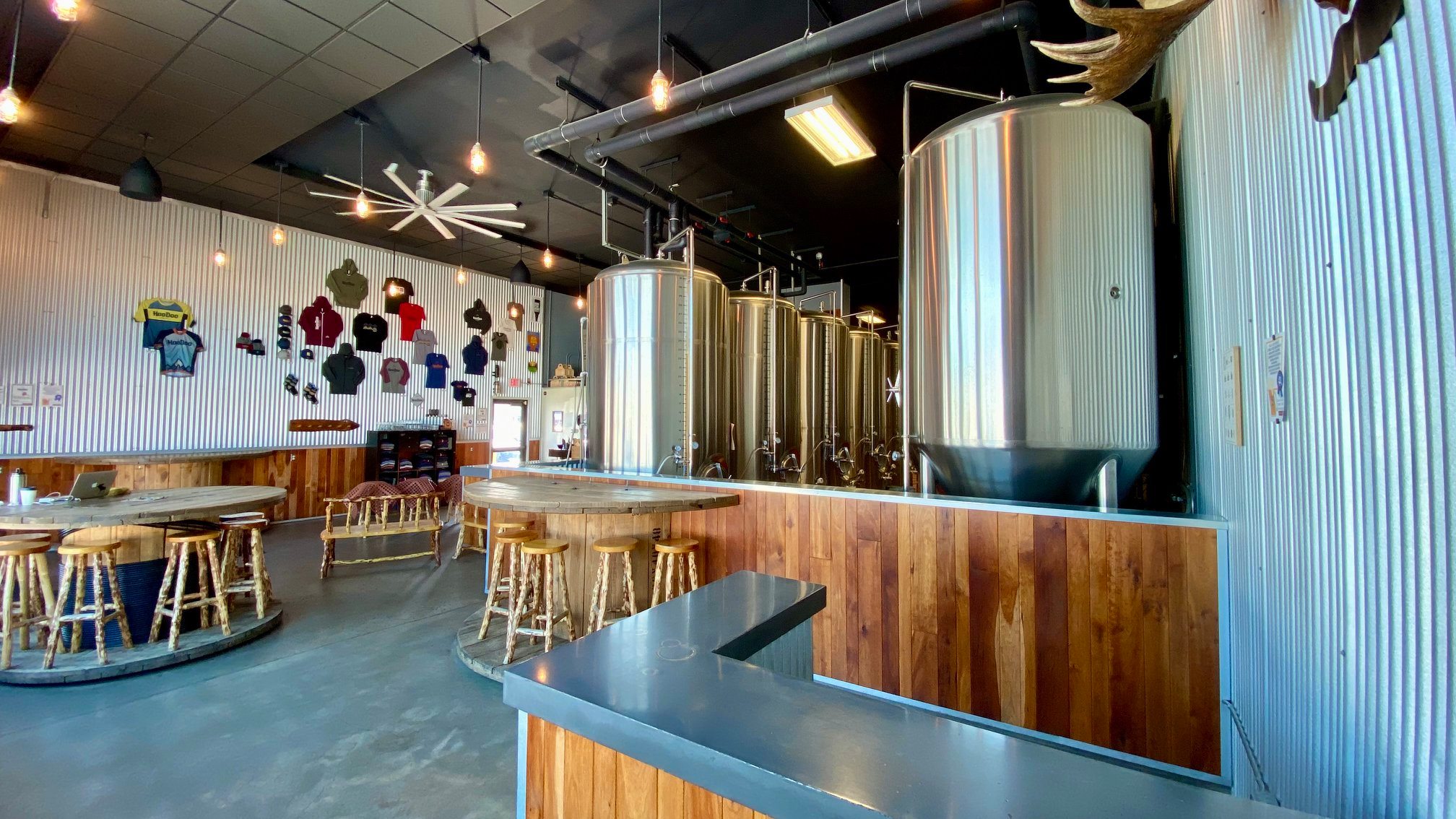 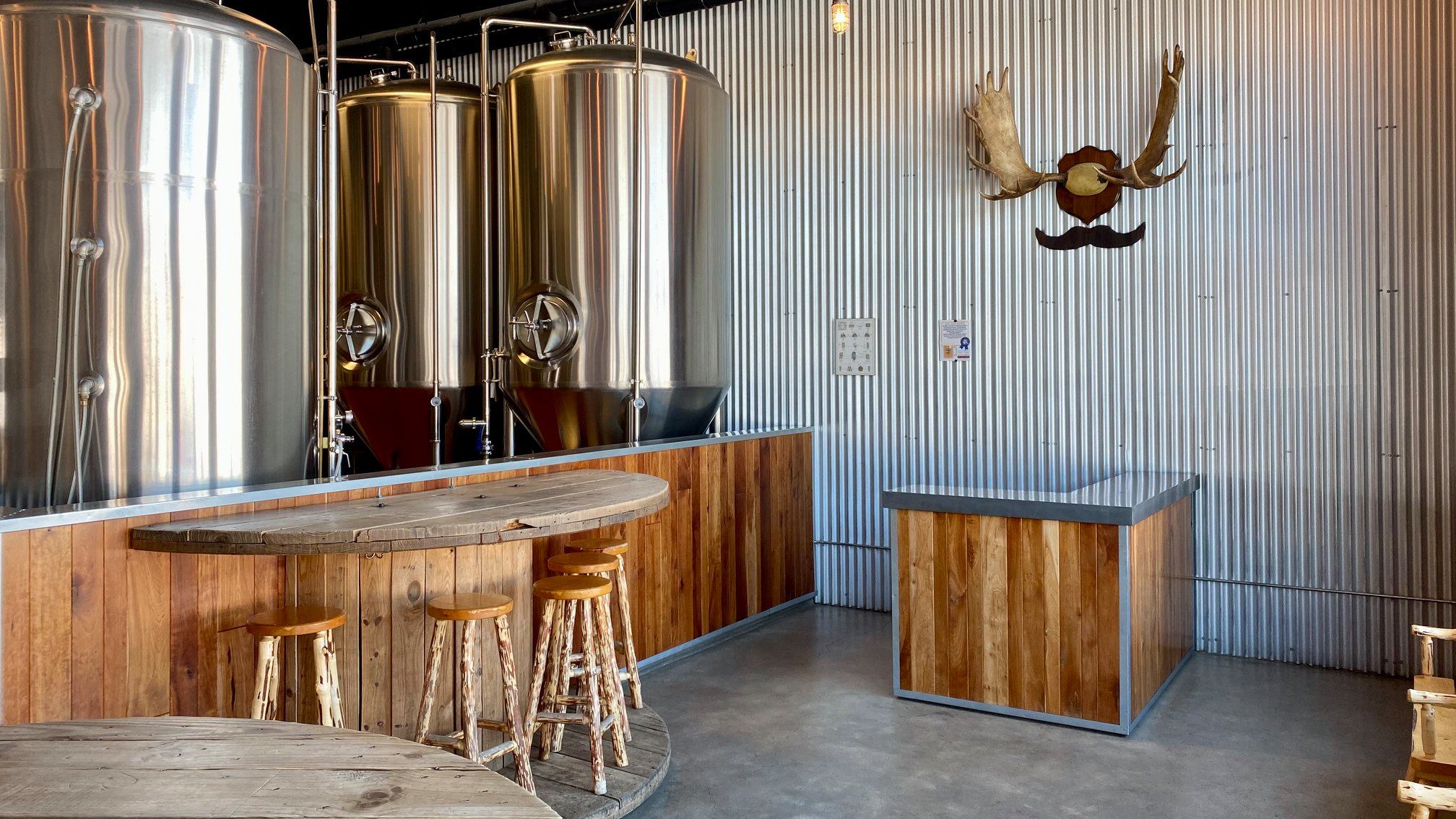 Our Biergarten is inspired by the outdoor areas where beer and local food are enjoyed across Bavaria and southern Germany.  Meet old friends and make new ones as you savor a cold glass of our fresh beer. Local food trucks offer culinary specialties just outside of the Biergarten. Discover the warm, friendly and festive atmosphere Germans refer to as “Gemütlichkeit”. Firepits and a new covered area make for a cozy setting even on days when the weather is less than ideal. 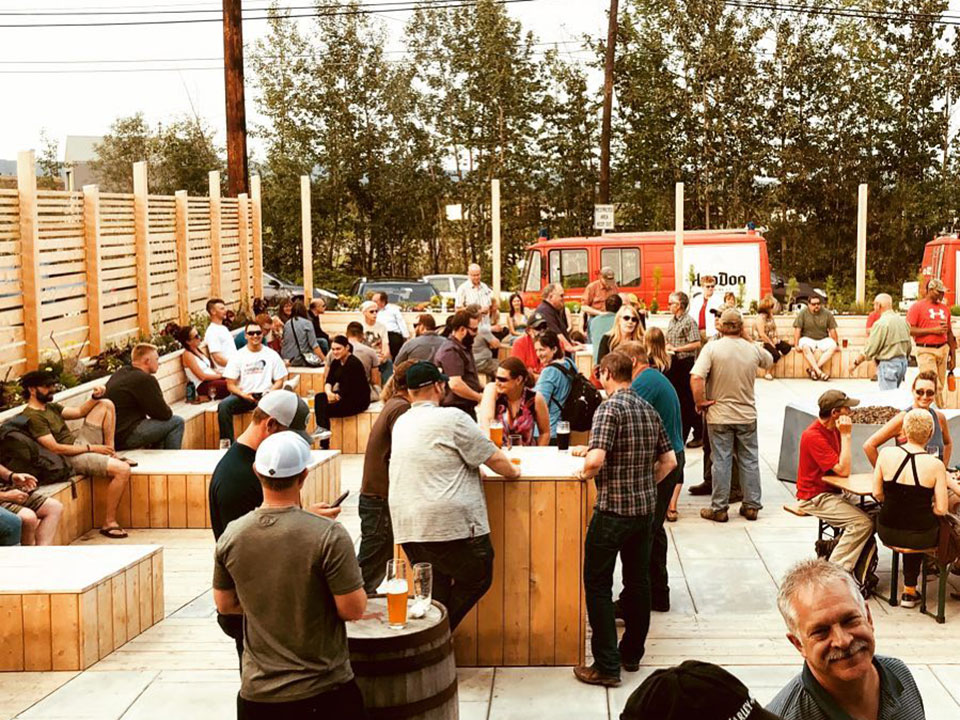 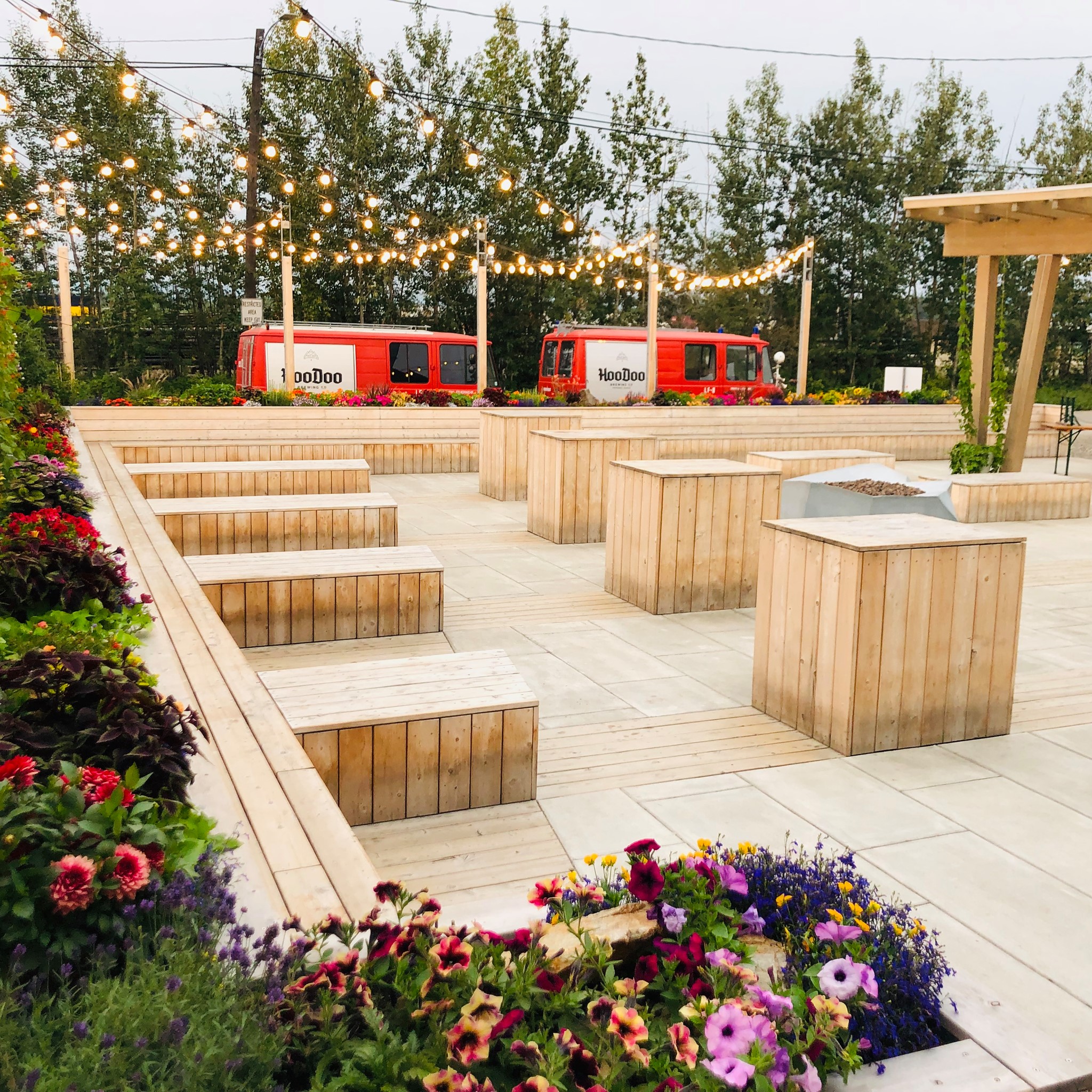 The HooDoo brewhouse is a custom built, steam-heated 15-barrel three-vessel system made by San Diego-based Premier Stainless. It consists of a dedicated mash tun, lauter tun, and a combination boil kettle/whirlpool. This brewhouse will allow us to perform single and multiple-step infusion mashing regimes, as well as single decoction mashing. The brewhouse vessels are heated by low-pressure steam.

In our cellar, we have four 30 barrel and one 60 barrel cylindroconical fermentation tanks. The tanks are over sized related to the brewhouse, allowing us to combine 2-4 brews into a single batch. Our beer is naturally carbonated in these tanks using a spunding technique. We also have five 30-barrel and one 60-barrel dish bottom bright tanks. These tanks are used for beer maturation and conditioning.

Call us to schedule a free tour of the brewery.  We are currently offering tours at 4pm on Thursdays.  Please call to schedule! 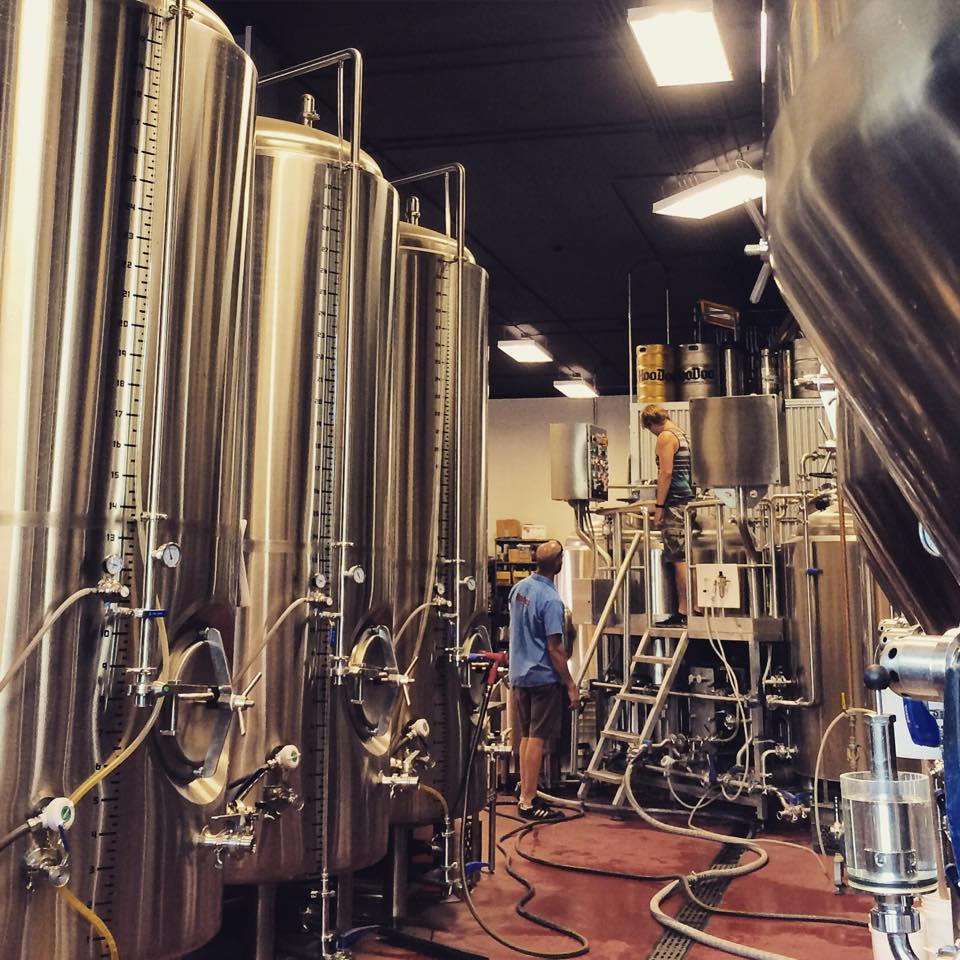