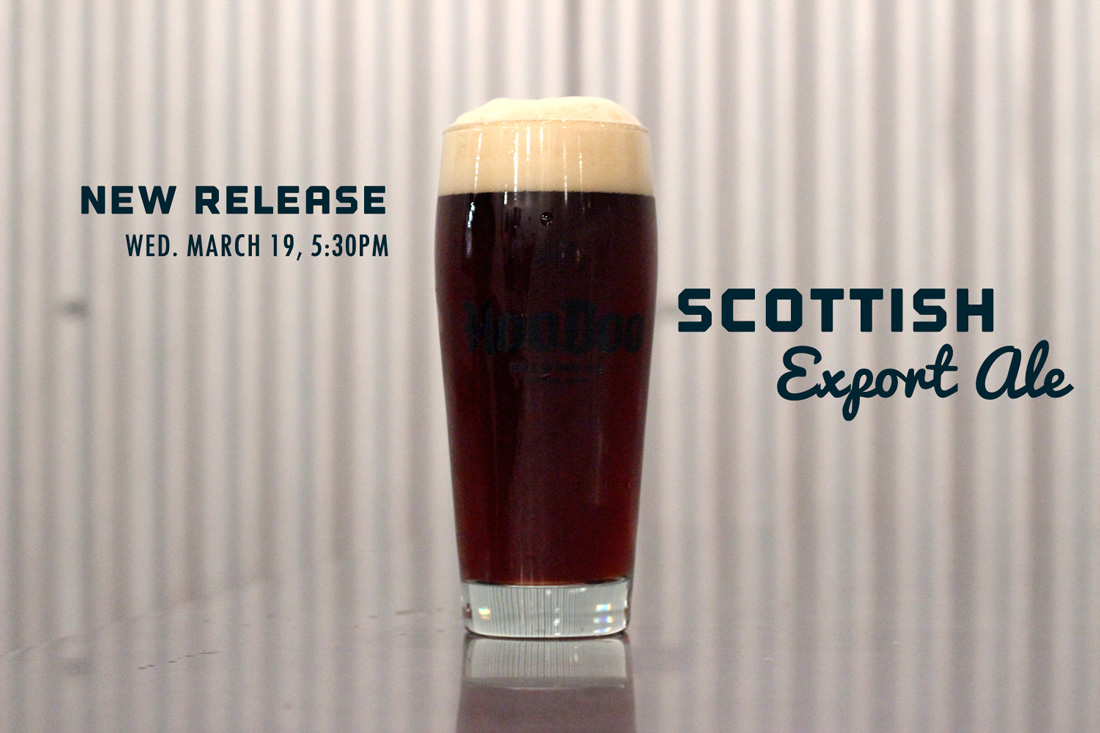 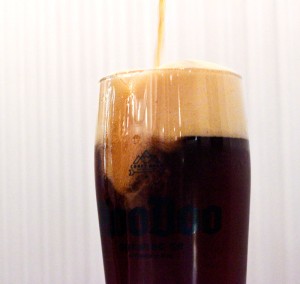 Join us for our newest beer release that’s slated for this week. On Wednesday, March 19 we will tap the HooDoo Scottish Export Ale – a traditional Scottish session beers reflecting indigenous ingredients. We will tap the first keg at 5:30pm in the Taproom.

With 5,000 years of brewing history under their kilts, the Scottish brewers bring an often overlooked group of beer styles to the worldwide brewing table.

This is our take on the strongest of the Scottish Ales – the Scottish Export Ale. Rich and malty, but clean and dry. These beers often have a slight peat smoke character, so in addition to the nine varieties of Scottish, English and Belgian malts, we included a small portion of peat smoked malt to the grist for a hint of earthy smoke.