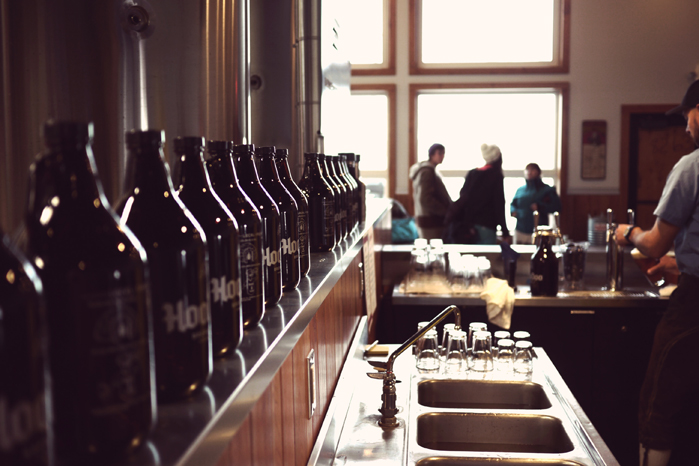 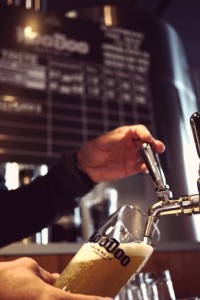 Wednesday October 31, 2012 was more than just your typical Halloween for some residents of Fairbanks, Alaska. It was also the day that we opened our doors to the public. We sent the notification of our opening through social media. And through the power of the interwebs…we had local beer lovers through the doors exactly at 3pm.

Those who have been following the brewery progress were some of our biggest supporters through the brewery’s construction. Community support, including the comments, likes, and inquiries on Facebook and twitter, kept us motivated during the most challenging times. While we had been telling people all along that we would be open before the snow flies, a Halloween opening was not too far off from that. Fairbanks got it’s first snowfall around October 16.

On Friday October 26 and Saturday October 27, friends and family kicked it into mega high gear to get the construction equipment buttoned up, walls and tanks shined, glassware rinsed, and most importantly the taps functioning. We hosted a celebration for close friends and family on Saturday night, after that, we knew we were so close to opening to the eager beer lovers of Fairbanks. In fact, we were just itching to open!

So, we collectively decided that Halloween was going to be the day. We were committed to having our social media followers be the first to know about any news regarding our opening. At 10:30am we posted that we will be opening on Facebook. Shortly after that, posts went out on twitter and Instagram using the #Fairbanks and #Craftbeer tags. 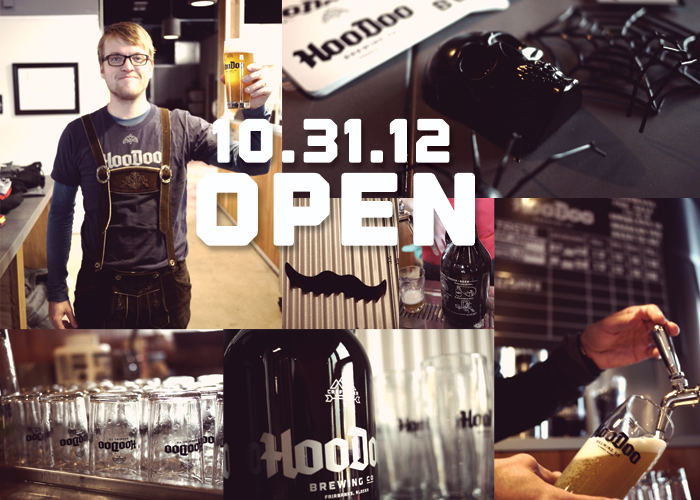 The response was tremendous. At 3pm we had people wanting growlers and pints of beer coming through the doors! A HUGE thanks goes to our awesome online community who graciously spread the word and with their friends braved a rather long beer line to grab the first local taste of HooDoo’s Kölsch and American IPA.

Thank you Fairbanks. This is why we love our hometown. PROST!