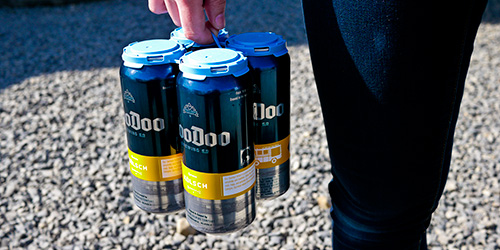 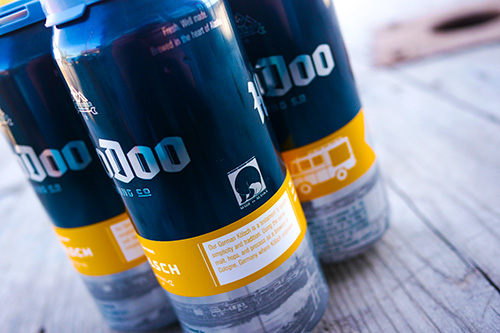 We are pleased to announce today that our German Kölsch will now be available in cans, our first canned offering!

Brewmaster/Owner Bobby Wilken announced the development to a crowd of patrons at the brewery today. This is exciting news as we have been planning the canning project since opening, and began implementing over a year ago. 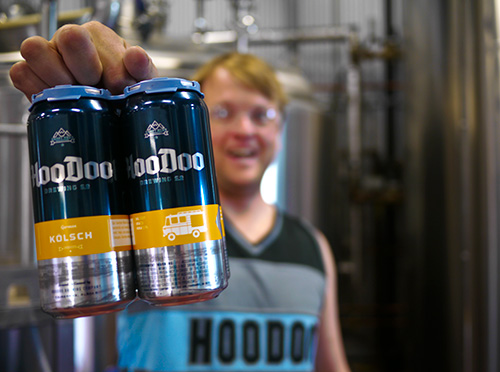 More and more breweries, large and small, are canning nowadays. Logistically, it’s ideally suited for Alaska for a number of reasons. Cans are lighter than bottles, chill faster and are more readily recyclable. Cans also require less fuel to transport so getting them to Fairbanks for filling is more cost effective for a small operation like HooDoo. Plus, cans complement an outdoorsy and active lifestyle that’s common in Interior Alaska, since cans can go where bottles can’t.

“I’m really looking forward to moose camp this year,” Wilken mentions, “I actually get goosebumps thinking about being in the middle of nowhere, up river, with a super fresh beer in my hand.”

Compared to bottles, canned beer also stays fresher, longer. Since cans do a great job of blocking UV light and maintaining a great seal, the beer always tastes how intended.

“Plus cans just make an awesome sound when you crack one open,” adds Wilken. 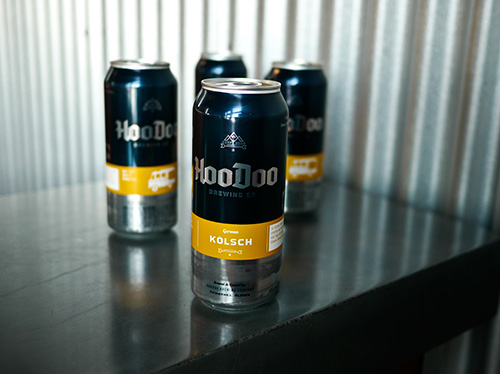 HooDoo will release the cans in packs of four 16-ounce cans. The “tallboy” can is simple in style and features a vintage 1916 panoramic photo of the downtown Fairbanks waterfront, continuing our goal of focusing on Fairbanks first, our hometown. The can design is also unique in versatility and functionality.

“A minimum order for empty can production at Crown or Ball is enormous, which, when you look at the numbers and amount of space you have to dedicate to the project can be quite daunting for a small, new brewery like ours,” says Wilken. “We knew we wanted to can the Kölsch first, but we didn’t want to be locked into a single can design which would limit our ability to release other styles of our beer.”

Wilken worked with his sister, Karen Wilken, and Seattle-based agency Mint Designs, to develop a packaging solution for the young brewery. The design incorporates a colored label that can be altered and produced based on the beer style within. This allows the brewery to release seasonal brews or special one-offs as needed, without having to produce a brand new can.

“I am really happy with the work we did on this and the final product,” Karen Wilken says, “We didn’t want the label look like an afterthought. It was important for it to be incorporated into the design, yet nimble enough for us to take a market-based approach to canned releases. It’s a perfect match for our business and marketing goals.”

The cans also feature a fully removable lid. The design is called “360 End®” and is manufactured in Virginia by Crown Cork & Seal. The entire lid of the beverage can is removed, turning the metal can itself into a drinking cup and eliminating the need for separate glassware. This type of opening allows the full flavor and aroma of the beer to hit the drinker’s senses. 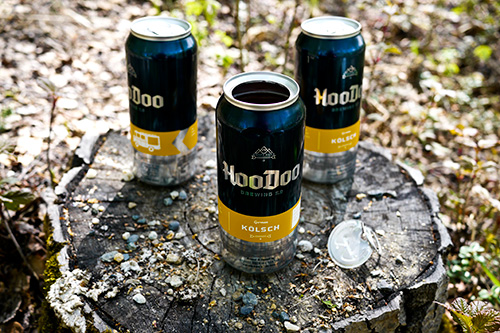 HOW TO GET IT

HooDoo’s canned offering may now be purchased directly from the brewery’s Taproom at 1951 Fox Ave. in 4-packs to go. Sorry, available in Fairbanks only for now…