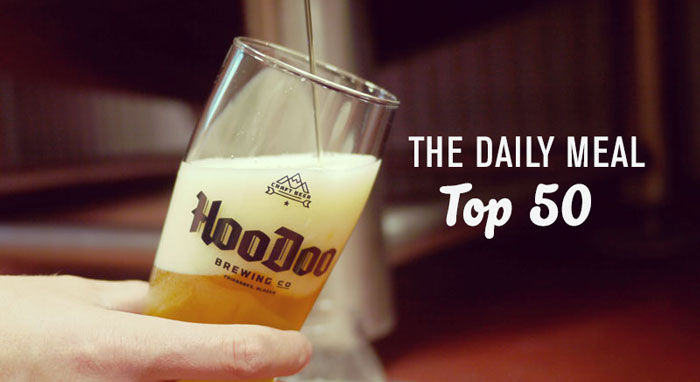 We are humbled to have been nominated and named by The Daily Meal as one of the 50 breweries in the country to visit.

“They chose from among new breweries that have really started to make a name for themselves, as well as older standbys that continue to brew excellent, consistent beer year after year. In the end, we tried to focus on craft breweries that offer a range of great brews, rather than those that offer one particularly stand-out beer,” editor Jessica Novak wrote.

The site received more than 13,000 votes on which breweries to include in the top 50…and we couldn’t have made it to the top without the votes from our loyal patrons and their friends and family. Thank you.